So as it's a problem people face and because some of the information is transferable to other situations, I decided to document my basic fault finding on the soldering iron.


Take all necessary safety precautions before you attempt anything.

N.B As well as links for my channel and other videos I've also included some links to buy replacement soldering irons you might be interested in. But before you rush to buy a soldering iron, see if these tests help you out.

So when fault finding it's best to break things down into areas to check, that way we know where we're up to.

I like to start with the easy things and the most common culprits, so my first stop will be the soldering iron plug.

Don't worry if beyond this point your soldering iron is a different model, the wires are a different colour or your plug looks different. The gist of what I'm saying should be transferable to your situation.

So this is an English plug, it has three wires, the earth which is green and yellow, the neutral which is blue and the live wire which is brown. It also has a fuse rated at 13 amp, but more about that in a bit.

To get access to the inside of the soldering iron plug we just have to undo one screw, be careful not to lose it. The design of the screw and plug in my case, means the screw will stay in the plug even when undone, so I don't have to worry about losing it (just as well little screws love running away).

With the screw undone the soldering iron plug splits in half to reveal the wires and fuse I mentioned earlier.

So while I've got the case open I'll have a quick look to see if there are any burn marks, any frayed wires or insulation with nicks in it causing a short. I'll also give the wires a quick tug (that what she said) to see if they're secure in the connection and lastly we'll look at the fuse.

The fuse is basically a thin piece of wire that burns out when too much electricity runs across it, this is what's common called blowing a fuse.

To test these connections I'll be using a digital multimeter, set to the continuity setting. This is the same test I'll be using on the other sections too. This is just a function that emits a buzzing sound if there is electrical continuity in what I'm checking - in other words if there isn't a break in it, it'll buzz.

So I put my digital multimeter probes into contact with the metal either end of the fuse. It doesn't matter in this case what colour probe you put at either end, as long as they are at opposite ends - and it buzzes telling me it's ok. If it wasn't then I'd replace the fuse with the exact same rating, that rating is stated on the plug and usually the badge of the appliance, just in case the fuse is not clearly labelled.

You'll notice the wires are the same colour as at the soldering iron plug, so testing is easy. I'll check each wire by putting one probe on the metal pin on the plug, then the other probe will go to the corresponding wire. The pins on the plug have a letter next to them making this easy.

The metal pin with e is the earth (yellow and green wire), the pin with n is the neutral (blue wire) and lastly the pin with the l is the live (brown wire). So with all those wires buzzing away I know they are all fine, if they weren't I'd just replace the broken cable.

So we have only one place left to check,and as were all smart arses now, we know the fault is in the soldering iron itself.

Just for a moment take in the irony that the leads connected to the heating element are soldered on, so even if you could replace this component, you would need a second soldering iron to solder it in place.

To test the heating element I just use the same buzz test on the thin wires (where they are soldered to the live and neutral) and would you Adam and Eve it - it makes no sound, meaning it's ker-knackered.

If the brand of soldering iron sold spare parts I could just replace the component, but they don't, probably because they would prefer me to buy a new soldering iron.

Soldering irons are pretty cheap so I'm not too coked up about it, although some can be really expensive.

I hope this information helps you out, I've also included some links to replacement soldering irons you'll be interested in (and the expensive ones for you to look at too).


Visit our channel Go Repairs if you'd like to see more.


If you enjoy the videos I make then I would say to consider becoming a Patron to the channel. Patreon was setup to help channels like mine and I would appreciate you taking a look.

More details can be found on my Patreon page here.

How To Make Thermite 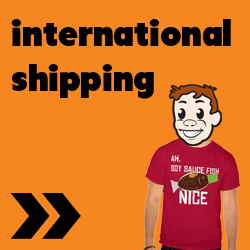